In the divided society we currently live in, you might be wondering what everyone really has in common? Although we all have differences, there is one commonality that has prevailed for all of humanity: we are all floating on a rock, flying through outer space at over a million miles an hour.

Until 100 years ago, the universe was considered a relatively small place. Humans didn’t even know other galaxies existed. Today, scientists estimate that there are over 100 billion galaxies in our universe, with some studies suggesting there may even be as many as 2,000 billion.

Thanks to rapid advances in technology over the past century, we can observe much more of the universe than we ever thought possible.

Space Perspective has unveiled its new capsule design, Spaceship Neptune, a luxury balloon designed to take passengers to the far reaches of space, for the steep price of $125,000.

Florida-based space tourism plans to welcome commercial flights by the end of 2024, taking passengers on a six-hour round trip to the edge of space. The Spaceship Neptune capsule is currently being manufactured at NASA’s Kennedy Space Center in Florida and offers 360-degree panoramic views that only a few humans have ever seen. 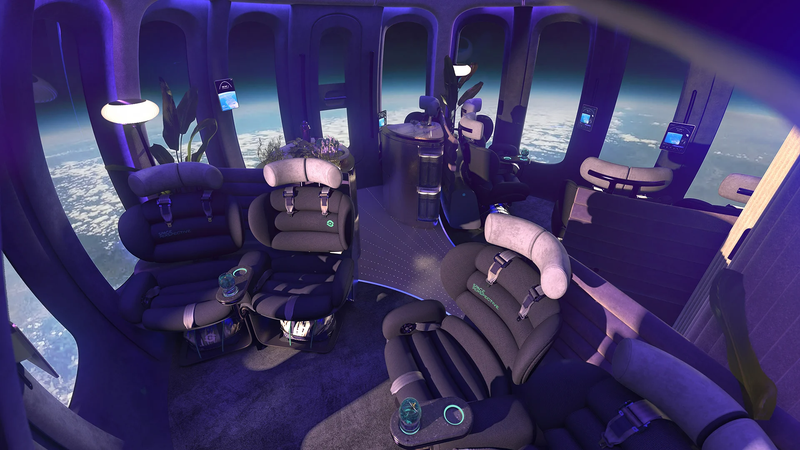 The luxury space balloon is designed to accommodate eight passengers and a pilot. Unlike other spacecraft that require separation of flight systems mid-flight, the Neptune spacecraft will remain connected to the balloon for the duration of the flight.

The interior cabin is pressurized and air-conditioned, which Space Perspective says will ensure a smooth transition to the stratosphere. 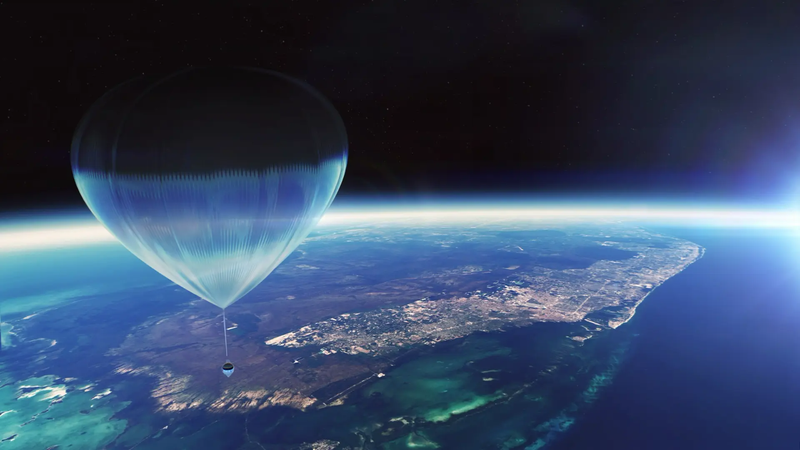 Although Space Perspective advertises itself as a space tourism company, unfortunately the balloon will not be able to take you into space. The Kármán line, the border of true outer space, is 62 miles above sea level, far from the height the Neptune spacecraft can reach.

The views from inside the cabin are nonetheless breathtaking. 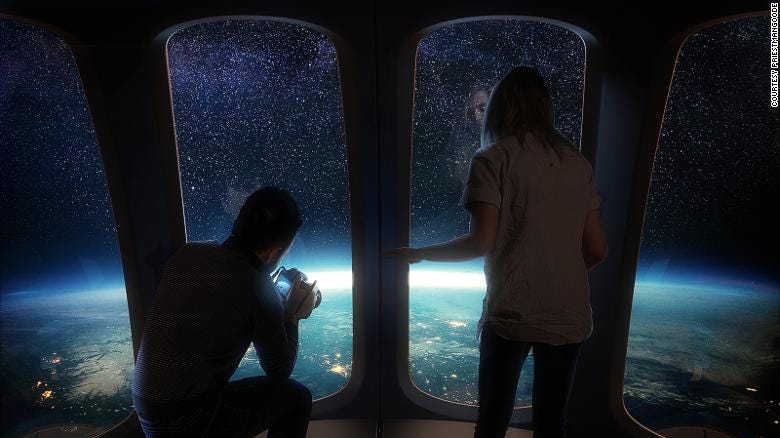 The company says it has already sold 900 tickets, each costing $125,000. The price to ride Spaceship Neptune, while steep, is actually a bargain compared to its competitors. A trip to Axiom Space costs $55 million for a trip to low Earth orbit (LEO) as well as a short stay on the International Space Station.

The Neptune spacecraft is expected to take off by the end of 2024, however, tickets are already sold out. However, the company is already taking reservations for 2025, with a required deposit of $1,000.

LISTEN on the Audacy app