The Tucson-based World View high-altitude balloon company said he sailed on one of his balloons on a 16-day flight from Tucson to a landing in northern Nevada from May 18 to June 3. Along the way, the balloon successfully “loitered” over the Grand Canyon and parts of northern Nevada, staying in place by changing its altitude to catch different wind currents.

“It’s something we’re pretty proud of. It’s something we’ve been working on for a long time, and it’s nice to be able to see all the fruits of our labor coming down here and the team is very excited,” said said World View CEO Ryan Hartman. 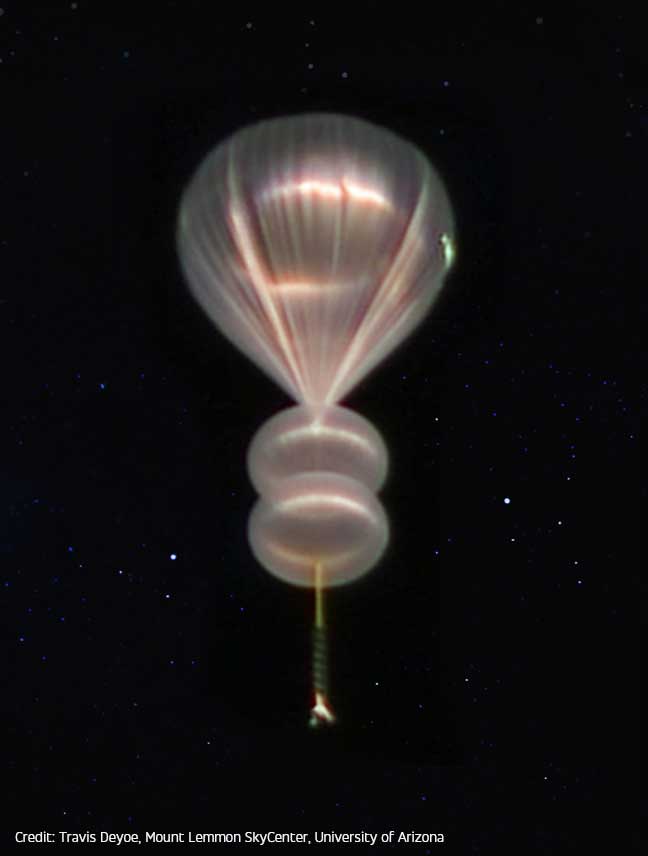 SEE BIGGER Image of the World View stratollite craft which landed June 3, 2019 in Nevada after a 16-day journey from Arizona.

Hartman says World View will spend the rest of this year working on the manufacturing process and other details, before starting to seek paying customers early next year, “finishing all the engineering and maturing the product, while we’re also maturing our production line, training the people we need to run the system and really getting ready for our market of choice,” said Hartman.

Most of us learned in our childhood that when you release a helium balloon, it is at the mercy of the wind. Getting a ball to go where you want it and staying on target is tough.

“One of the challenges of operating in the stratosphere is understanding what the stratospheric winds are going to do for several days. That’s something that’s not well known,” Hartman said.

World View balloons are remotely controlled. Each carries a smaller set of balloons, located below the large main gas bag, which are inflated or deflated to alter the craft’s buoyancy. By changing altitude, it can catch wind currents heading in a desired direction, or move to a calm altitude to stay in place.

World View hopes to begin booking commercial payloads next year. These could include sensors to monitor forest fires, emergency communications links or telescopes for astronomy.